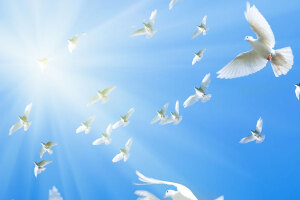 Deborah was born on April 16, 1936, to Thomas W. Webb Jr. and Mable L. Guinn Webb. She was born and raised in Rockwall where she was a Yellow Jacket cheerleader and a graduate of Rockwall High School. Deborah married the late Frankie Lee Bunch on February 12, 1954. She surpassed 25 years of service at Raytheon in Garland from where she retired in the late 90s. She was a woman of faith that attended Beltline Baptist Church in Garland where she sang in the choir before joining the Lakeview Church of Quinlan where she joyfully taught Sunday school to the children of Lakeview Church. Debbie loved her family immensely and she was always happiest when they all gathered at her home form any and every occasion. Her hobbies included fishing, traveling, collection dolls, and gardening as she loved flowers and took pride in maintaining a beautiful and colorful yard. Her kin heart, precious smile, and the sparkle in her eye will greatly be missed.

To send flowers to the family or plant a tree in memory of Deborah S (Webb) Bunch, please visit our floral store.

A Memorial Tree was planted for Deborah

You can still show your support by sending flowers directly to the family, or by planting a memorial tree in the memory of Deborah S (Webb) Bunch
© 2022 Ingram Funeral Home. All Rights Reserved. Funeral Home website by CFS & TA | Terms of Use | Privacy Policy | Accessibility